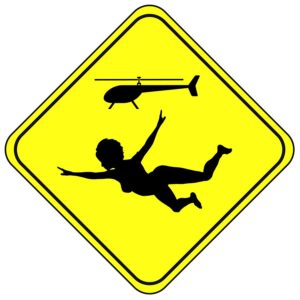 Helicopter parenting and hyper-involved parenting are not usually considered terms of endearment. But new research by Northwestern University and Yale economists shows that this style of parenting brings life-changing benefits in today’s world of large earnings gaps – what our children can earn with or without a college degree. Some parents will undoubtedly continue to obsess needlessly over schooling, but active parental engagement works for kids when it’s done right.

The study and its conclusions are described in the book “Love, Money and Parenting: How Economics Explains the Way We Raise Our Kids,” by the economists Matthias Doepke of Northwestern University and Fabrizio Zilibotti of Yale. They analyzed data from the 2012 PISA, an academic test of 15-year-olds around the world, along with reports from the teenagers and their parents about how they interact. They found that an “intensive parenting style” correlated with higher scores on the test.

The authors drew distinctions between parenting styles. An “authoritarian” parent — defined as someone who issues directives, expects children to obey and sometimes hits those who don’t — won’t get the full benefits. The most effective parenting style is “authoritative.” They use reasoning to persuade kids to do things that are good for them. Instead of strict obedience, they emphasize adaptability, problem-solving and independence — skills that will help their children in future workplaces, including some jobs that haven’t even been invented yet.

The best results of intensive parenting come when children go on to earn college and postgraduate degrees, which now have a huge financial payoff. Using data from a national study that followed thousands of American teenagers for years, the authors found that the offspring of “authoritative” parents were more likely to graduate from college and graduate school, especially compared with those with authoritarian parents. This was true even when they controlled for the parents’ education and income.

The benefits aren’t just academic. In a British study, kids raised by authoritative parents reported better health and higher self-esteem. In the American study, they were less likely to use drugs, smoke or abuse alcohol; they started having sex at older ages, and they were more likely to use condoms.

The good news: there are benefits that can follow 18 years of parental hovering. The other side is: how many parents have the time, energy, patience and other resources to keep that helicopter flying for 18 years?