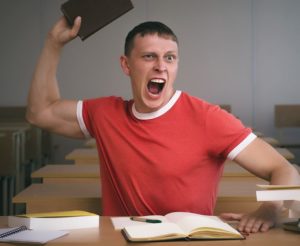 A New Jersey student, Brendan Clare, improved his ACT score from 21 to 26 the honest way. Between June and September of 2017, he studied, got tutoring and practiced. Even though five-point increases happen fairly often, ACT suspected he cheated on the September test. The charge was false but, even worse, they didn’t notify Brendan until May 2018 that they would cancel his 26 score unless he proved he didn’t cheat. Yes, he was presumed guilty until he could prove his innocence.

Brendan had already been accepted by Penn State University. If ACT had invalidated Brendan’s score, he would have lost his seat in the freshman class at Penn State. He had already turned down other college offers, including a $25,000 scholarship. So he took another ACT and scored high enough to satisfy ACT that he wasn’t a cheater.

Cheating is a real problem in academics and admissions testing. No argument there. But there is room for considerable debate when looking at the way Brendan and many other students get identified and notified about suspected cheating. Does it really take seven months to investigate a possible cheating case and compare answer sheets among students seated nearby?

Coincidentally there is another story now in the news where a Florida student was suspected cheating on a SAT exam in March 2018. In both cases, the students are pursuing lawsuits. That raises a big legal issue because students must waive their right to file lawsuits against ACT or College Board when signing up for ACT or SAT exams. In Brendan’s case, a New Jersey judge has just ruled that his lawsuit may move forward even though ACT required him to accept binding arbitration in the event of a dispute. There will certainly be more discussion of this important legal issue: can a 17-year-old be expected to understand the significance of giving up his right to have a court rule on a possible dispute.

According to an article on InsideHigherEd.com, College Board evaluates the following factors when investigating cheating for improved SAT scores:

How To Avoid Being Accused of Cheating

Brendan took the ACT without preparation when he scored 21. The Florida student took the SAT cold the first time. At Dogwood, we urge students to be prepared before taking a real ACT or SAT exam. Otherwise they should take a practice test instead. Even if students don’t use tutoring, there are many other resources (including free online tools like Khan Academy or ACT Academy) they can use to help prepare. And there is no substitute for practice before taking the real test.

Mark Up the Test Booklet

Students should use a pencil to mark up the ACT or SAT test booklet. They are not allowed to use scratch paper during a test. Just like math teachers always say: “Show your work,” students should write on the test booklet when stepping through math problems. They should underline or circle key wording on the reading and writing sections. (Note: highlighters are not allowed.) These markups will help students improve their test results — and a hidden benefit comes later, if they happen to be suspected of cheating. With fewer markings in the test booklet, the greater the suspicion of cheating.

Watch Where You Sit

Students should avoid sitting near other students who are known as rule-breakers. If cheating is suspected, administrators will look first for bad actors in the crowd and then inspect those sitting nearby.

It’s always better to play it safe. Suspected ACT and SAT cheaters are considered guilty until they prove their innocence.

InsideHigherEd.com article about Florida student accused of cheating on SAT