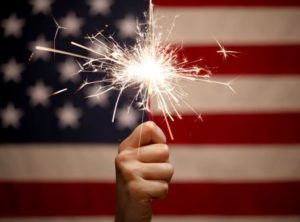 When people become American citizens, they must first pass a citizenship test. Below are ten of the most challenging questions that can appear on the test. Can you answer all of them?

If you are one of the first five people to reply with ten correct answers, you will receive a Dogwood Tutoring T-shirt and a gift certificate for one hour of private tutoring. You can use your free session for AP U.S. Government, AP U.S. History, math, science, any other subject, study skills or ACT-SAT-SSAT test prep. Good Luck!

a) He was the first person to sign the Constitution

b) He discovered electricity

c) He was the nation’s first postmaster general

d) He was the nation’s second president

a) The law is what the president says it is

c) No one is above the law

d) Judges can rewrite laws they disagree with

a) Ratify amendments to the Constitution

Reply by email to Ivan@DogwoodTutoring.com with your answers in a format like this:

The first five people with 10 correct answers will be winners!