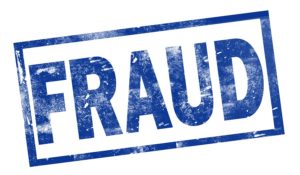 The FBI has uncovered a $25 million operation where wealthy parents have been paying for their children to cheat their way into college. But fraud is not new to education. There was a big news story about ACT-SAT cheating in 2011, when Sam Eshaghoff was arrested for impersonating six students, including a girl, to take ACT-SAT tests for them.

Sam was a sophomore at Emory University and flew home to Long Island, NY to take tests for high school students — scoring as high as the 97th percentile. On one particular weekend, he took a SAT on Saturday and an ACT on Sunday, for a second student whose religious beliefs prohibited Saturday testing. The students in his wealthy community paid him up to $3,600 for each test he took for them. The story was featured on 60 Minutes and led ACT and College Board to institute rigid security procedures that require all test takers to provide photo ID’s in order to register and take the ACT and SAT exams.

The stakes are much higher this time. The FBI arrested 33 parents, charged with paying millions of dollars to bribe their children’s way into eight colleges. The fraud was allegedly orchestrated by a California consultant, William Singer, who says he also collaborated with hundreds of other parents. He arranged for certain college athletic administrators to take bribes to “recruit” students who were not even varsity athletes. He Photoshopped the students’ faces onto other people’s bodies.

The way Singer rigged the students’ ACT and SAT testing was blatantly sinister. He set up a crooked proctor to do the dirty work at a private testing center. The center was often far from the student’s home, so he made up stories to convince the school’s test administrator that the unusual location was justified. For example, the student would say she had a family wedding that weekend in the distant city. All these devious steps were made possible because Singer guided the parents and students to get extended-time testing accommodations, often by lying about their learning disabilities.

At Dogwood, we help lots of students with diagnosed learning disabilities prepare for ACT and SAT testing. Almost all of them take the tests with time-and-a-half extended time. Very few get double-time (6 hours to take the 3-hour test), a level reserved for the most severe psychological or medical issues. Mr. Singer coached parents to have their children go after double extended time accommodations, even if they didn’t have qualified learning disabilities. He wanted the students to have that high-level accommodation because it would allow them to take the test in a private setting where the bribed proctor could easily doctor their answers and increase their scores. Even in today’s world of big-time fraud, it’s pretty low to systematically abuse an accommodation that legitimately helps students whose brains don’t process information normally.

The college admissions process — including ACT and SAT testing — is filled with high expectations and stress. At Dogwood, we support our students and their parents as they manage the process responsibly.

For more background info on the $25 million scheme, visit InsideHigherEd.com